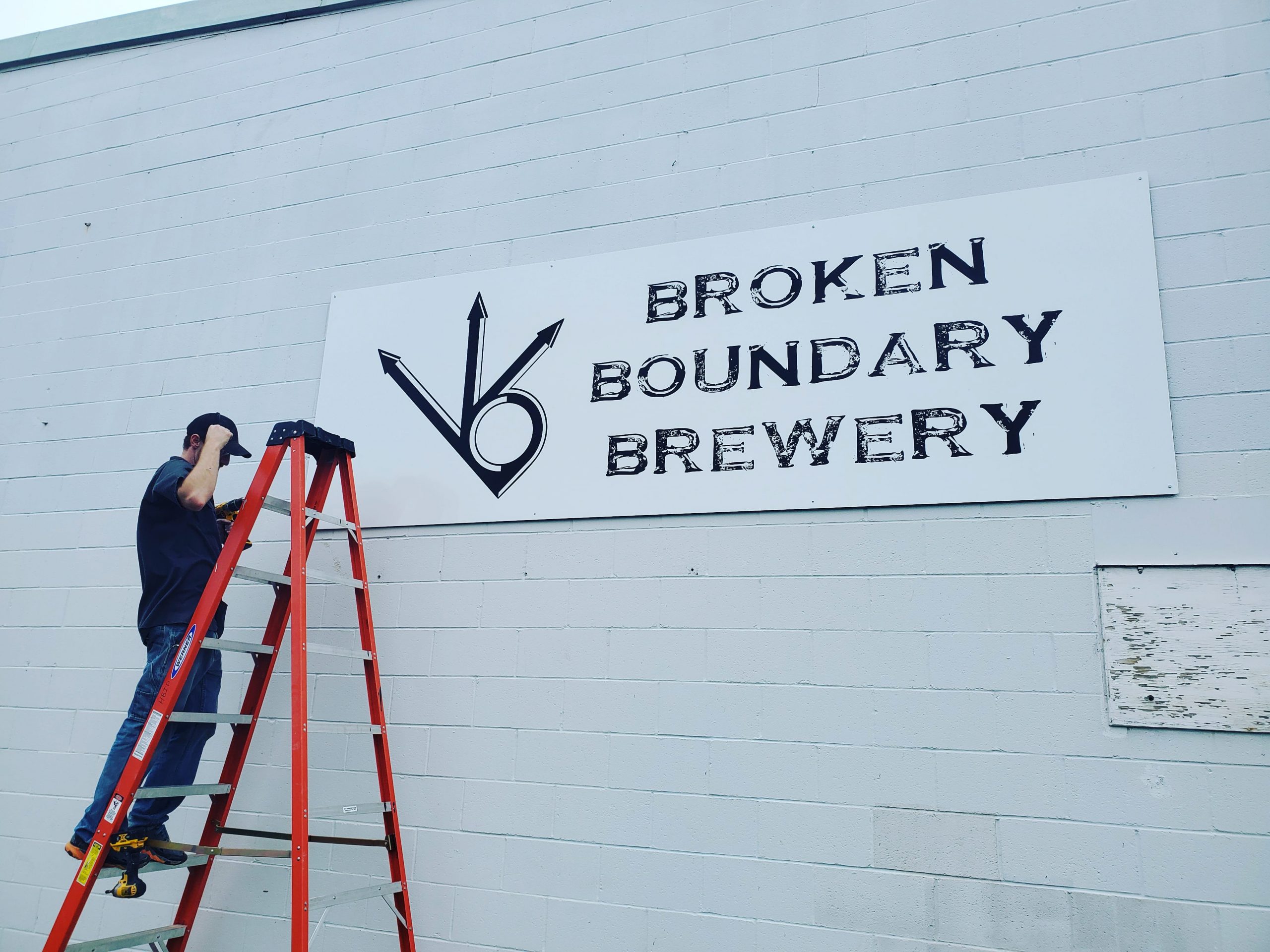 You know, it’s funny. At one point, I didn’t even like beer. I liked cheap wine and sweet cocktails. Now here I am. Head brewer at a brewery I own. Huh.

It’s the details that get me… learning to brew is like following fractals. The details get more specific, but the implications of those details expand the potential of what a brewery can do. And that potential leads to far more details. It’s rabbit holes within rabbit holes. I thrive on curiosity, and after 12 years of reading, studying, and brewing, I still have a lot to learn. The curiosity is never abated.

I started to come around to beer when I went to Humboldt State University in Northern California. It was Anderson Valley’s Barney Flats Oatmeal Stout that finally turned me into a beer drinker. Deschutes and Mendocino Brewing company were next. I started working my way into the IPA hole that we all get stuck in. By the end of college, I was that guy that showed up to a party with a six-pack of Mad River Extra Pale Ale for me and a 12 pack of PBR for everyone else. Yet, all through college I never once thought to ask how beer was made.

I moved to Honolulu with my partner, Liv, in 2008. One of her three brothers, all of whom home-brew, bought and sent us a home-brewing kit to learn to brew on. Liv was into it. I couldn’t figure out how it was worth it when beer was only a little more expensive to buy than to make. But I dug hanging out with her, and it was a great excuse to sit outside and drink beer while she brewed.

We’d brew every 2 weeks. It was a sweet rhythm… brew a batch, bottle a batch, open a batch. It was so un-technical…. No hydrometers, no temperature control, no chiller… just boil the extract, add the hops, pitch into a carboy and wait til it cooled down the next morning before pitching the yeast. No, the beer wasn’t great. But we made it, and it wasn’t terrible… usually. It was fun.

I’ve got this pesky habit of asking questions cause I want to understand how things work… I’m curious you know. And this is where the journey to opening and operating a brewery all starts… making those beers with Liv and asking simple questions like, how much alcohol is in this beer? Why does this have kind of a band aid taste, or, why does the yeast take off and form a krausen faster in some batches than other batches. And why does my pale ale taste like a pear flavored Jolly Rancher instead of a Sierra Nevada Pale Ale? So I started to read.

When I learn something new, I want to try it. My enthusiasm for brewing was increasing even as Liv’s enthusiasm was decreasing (but let it be known everyone, I’m where I am because Liv wanted to make beer!). Eventually, Liv completely lost interest in brewing. We had just moved to Hawaii, and she didn’t want to sit in the driveway on one of her two days off. Cant’ blame her. So I took over the brewing. I was trying different recipes, throwing wild harvested fruit in batches, using different hops, learning about different malts and how they produce different flavors…

At some point I thought it would be cool to actually open a brewery. I remember that time and where I was at and it’s straight laughable how naïve I was. I had so much to learn. Fortunately, my naiveté was counterbalanced by an abundance of ambition and a healthy measure of determination.

I brewed more. Much more. I read constantly about beer. I grew a beard. I met other brewers who taught me a lot, and at one point I even developed a brand and secured a business license. Through the process of learning how to start a brewery, I was connected to a local start-up brewery with far more expertise than I had. They needed a brewer. And through some miracle of timing, fate, and opportunity that I’ll never really understand, they hired me.

I worked for two years on a professional system, learning about beer at an exponential rate. There were many other brewer’s that helped me learn, and exposure to the industry drastically increased my awareness of the realities of brewery business. All the while, my ambition never slacked, and my desire to learn never waned. I kept reading, cataloging recipe ideas, and thinking about how I’d design a brewery if I ever got to build one.

The result is Broken Boundary Brewery. Built as much as possible by its owners and co-workers with a huge amount of help from our friends. We demolished the old homebrew store, ground down and acid stained the concrete floor, dug trenches for the plumbing, then refilled them and patched the concrete when the pro plumbers were through. We disassembled over 75 pallets and refinished the planks to build 180 feet of pony walls and tables, hung and insulated the glycol lines that keep the beer at the right temperature, and re-landscaped the front of the building for what will become an outdoor seating area.

We put in all the work instead of hiring these jobs out because we wanted to invest this place with our passion. This brewery is not just the manifestation of our ideas and designs, but of our effort and action as well. We had to learn how to do most of the projects before we did them. We’d never ground down a concrete floor or refinished 200 linear feet of pallet wood. But we knew what we wanted to accomplish, and we learned what we needed to succeed.

It is, in a sense, another boundary broken… the idea that we are somehow limited by our experience or skill level. We believe in constantly improving. Constantly developing new skills and pushing our existing skills toward expertise.

So this is the journey. That is where it started, and this is where it’s at. It’s not even close to finished, because there’s always more to learn.

At the heart of it all, Broken Boundary is about bringing people together who love beer. It’s about passion, dedication, and most of all, community. We seek to explore the potential of beer.